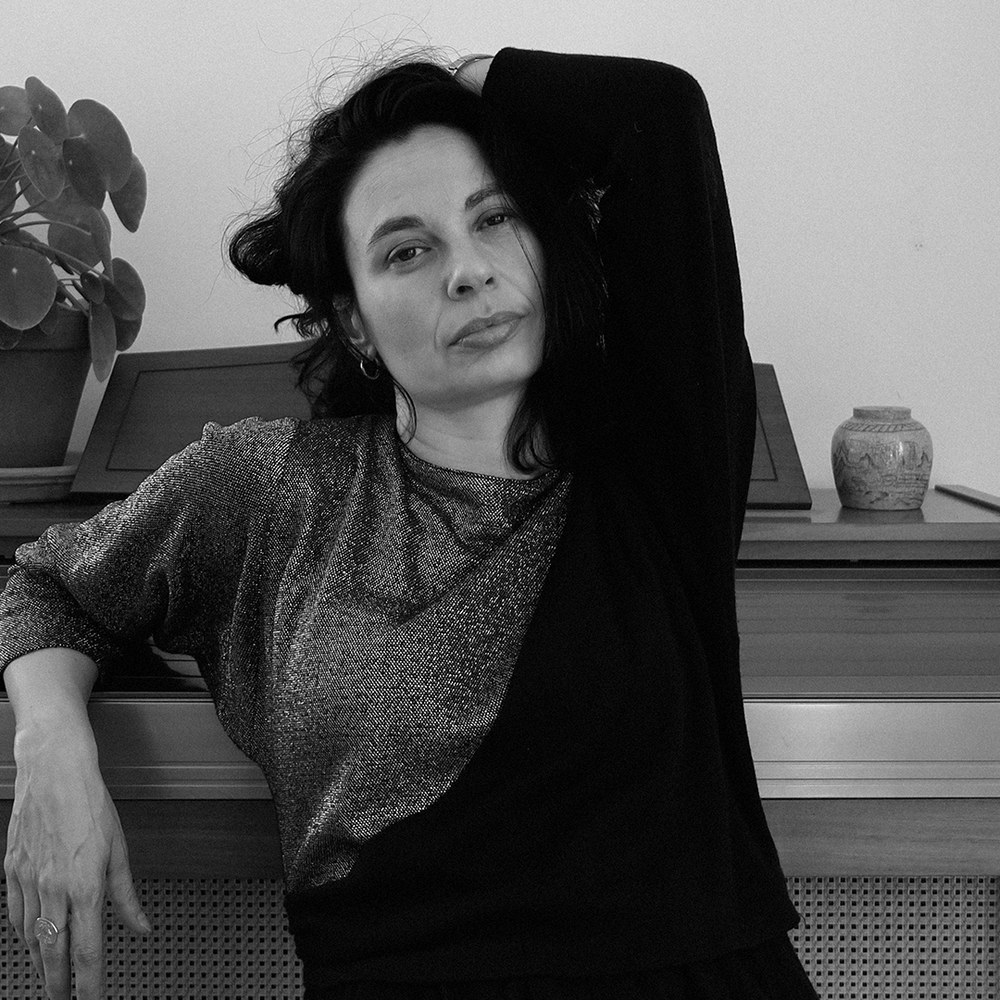 Born in Canada to Russian-Jewish immigrants – a ballerina and an engineer from Leningrad –Michelle Gurevich (formerly known as Chinawoman) grew up listening to her parents’ record collection, an eclectic mix of Soviet music and seventies European pop and rock.

That soundtrack to her childhood had a lasting impact, and her music today is heavily influenced by her Russian heritage. Her oeuvre is described as slowcore rock and lo-fi pop, anchored by her brooding deep vocals.

Her musical career started in 2007 with the self-released album Party Girl. It found its way into the land of her forefathers and was soon heard blaring from the yachts of Russian billionaires and as ringtones of mothers all over Ukraine.

Now on her sixth album, Ecstasy in the Shadow of Ecstasy, she is finding new opportunities for rawness and vulnerability in a collection of songs about desire without end. The recurring themes are elation sought and remembered, the art and taste for living, and roads not taken.

“I think it’s quite normal for people to want to encapsulate their flicker of existence,” Gurevich explained in an interview in 2017. “We all feel that our lives are passing us by, and we want to harness and raise up our little moments and say, ‘Hey! We were here! We sat by this lake and we loved each other and it was magnificent!’.”