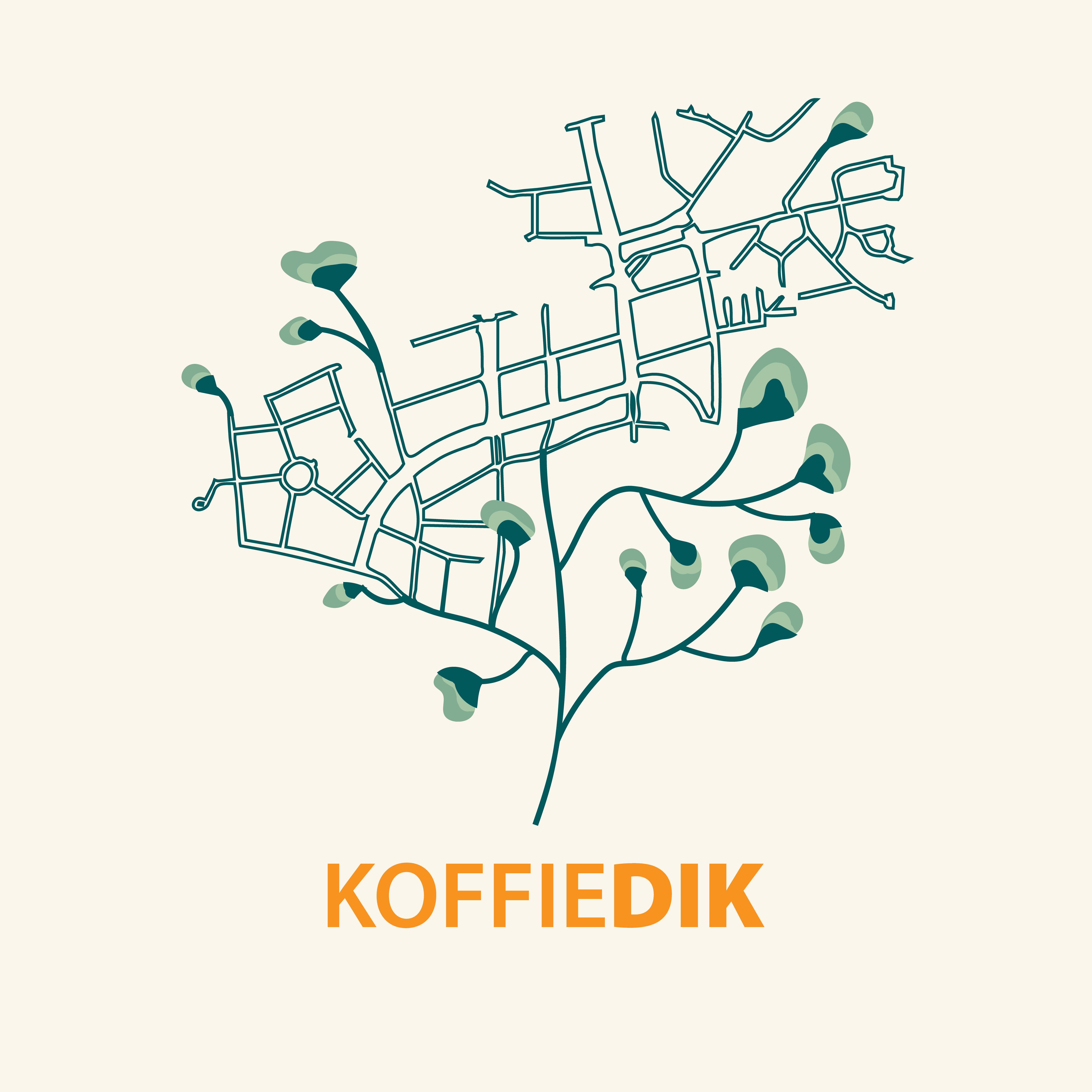 20.15 – 21.00 a conversation about an ‘utopian’ world in 2104 with the author of Mr. Backyard, Pelumi Adejumo of and Jeff van Dijk representing the Noordzeeboerderij (North Sea Farm). Moderator Thieme Hennis

Enusual, the creative platform for sustainability and imagination by Enpuls, has joined forces with artists’ collective Sun City to embark on a journey into the future. A future brought to life in KOFFIEDIK, a six-part radio play taking place in a utopian city in the Netherlands of 2104. KOFFIEDIK transports its audience to a world full of hope, where mankind and society are in harmony, nature rules over the cities and sustainability is the norm.

KOFFIEDIK tells the story of six inhabitants of a city that is far from perfect. Stories about their lives, relationships, riches and struggles paint a picture of an (un)expected world, which with a little imagination could turn out to be a promising future. Six writers – Jibbe Willems, Joost Oomen, Onias Landveld, Wytske Versteeg, Pelumi Adejumo and Simone Atangana Bekono – and six actors envision life in 2104, where the dodo comes back to life, Shell no longer exists and burials are a thing of the past.

KOFFIEDIK is directed by Jeek ten Velden – director of several Orkater productions and of many performances by music artists and bands, such as the band My Baby from Amsterdam and recently the one-time band De Niemanders – and produced musically by Frank van Kasteren and Ivo Schot. The six stories from the future are narrated by Nadia Amin, Diewertje Dir, Carmen van Mulier, Onias Landveld and Krisjan Schellingerhout and others.

The first two episodes of KOFFIEDIK can now be found online at www.koffiedikluisteren.nl. The remaining episodes will be released over the following months.

KOFFIEDIK part 2 is part of the Thursday evening programme.

Pelumi Adejumo is a writer and a poet with a fondness for theatre. She studies Creative Writing at the ArtEZ University of the Arts and was named one of 101 promising artists from the Low Countries by NRC Handelsblad in early 2020. She has performed on various stages and her work has been published in magazines such as Mister Motley, De Revisor and First Person Mag.

Jeff van Dijk is an entrepreneur and devoted to create positive change. Design thinking and doing is his professional habitat and he is know for his catching energy and resourceful abilities in creative development.

Jeff is working for many years in the business jungle of leisure, advertising and FMCG. All this experience is now in full use to contribute seriously to the circular economy. Positioned in the archetypical thinking of Carl Jung, Jeff’s spot is found in a combination of the Maverick and the Jester. He is not afraid of radical change and he is at his best in taking up against what is common but not right. Furthermore he loves a good dynamic discussion with a good touch of quirkiness.

Jeff enjoys vegan food, hiking, mountains and being in the big wide open. Last but not least, he is still sad that the great David Bowie is not amongst us anymore but happy to play his legacy every day.

He represents ‘Noordzeeboerderij’ (North Sea Farm) whose aim is to help reduce climate change by accelerating and empowering the seaweed industry.