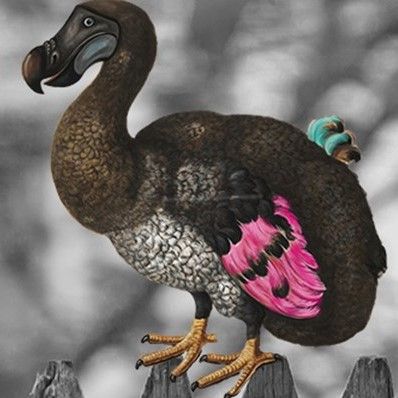 20.15 – 21.00 a conversation about an ‘utopian’ world in 2104 with the author of Dag Dodo, Jibbe Willems and architect Elma van Boxel. Moderator Thieme Hennis

Enusual, the creative platform for sustainability and imagination by Enpuls, has joined forces with artists’ collective Sun City to embark on a journey into the future. A future brought to life in KOFFIEDIK, a six-part radio play taking place in a utopian city in the Netherlands of 2104. KOFFIEDIK transports its audience to a world full of hope, where mankind and society are in harmony, nature rules over the cities and sustainability is the norm.

KOFFIEDIK tells the story of six inhabitants of a city that is far from perfect. Stories about their lives, relationships, riches and struggles paint a picture of an (un)expected world, which with a little imagination could turn out to be a promising future. Six writers – Jibbe Willems, Joost Oomen, Onias Landveld, Wytske Versteeg, Pelumi Adejumo and Simone Atangana Bekono – and six actors envision life in 2104, where the dodo comes back to life, Shell no longer exists and burials are a thing of the past.

KOFFIEDIK is directed by Jeek ten Velden – director of several Orkater productions and of many performances by music artists and bands, such as the band My Baby from Amsterdam and recently the one-time band De Niemanders – and produced musically by Frank van Kasteren and Ivo Schot. The six stories from the future are narrated by Nadia Amin, Diewertje Dir, Carmen van Mulier, Onias Landveld and Krisjan Schellingerhout and others.

The first two episodes of KOFFIEDIK can now be found online at www.koffiedikluisteren.nl. The remaining episodes will be released over the following months.

KOFFIEDIK 1 is part of the Wednesday evening programme.

After graduating from the Toneelacademie Maastricht, Jibbe Willems worked as an actor, director and financial advisor at a major Dutch bank bailed out by the state, before he went on to work full-time as a playwright. For about a decade now, he has worked as playwright, writing, adapting and translating for various theatre companies across, and occasionally outside of, the Dutch-speaking regions. He does not limit himself to one genre, but rather explores the form and function of language for various audiences. Sometimes large, sometimes small, sometimes young and sometimes a little older, from theatre productions to operas and from the Internationaal Theater Amsterdam to De Parade. He writes plays, youth theatre productions, libretti and music theatre texts in all manner of styles. Willems employs a raw vocabulary, shirks neatly packaged poetry and dives into an exploration of the form and function of language with each piece he writes or translates.

Elma van Boxel studied Landscape Architecture at IAH Larenstein and Architecture and Urban Planning at the Rotterdam Academy of Architecture.
In 2001 she founded ZUS [Zones Urbaines Sensibles] together with Kristian Koreman. Since then, as a duo, they have been leading the Rotterdam design office. They work on solicited and unsolicited design and research in the field of architecture, urban development and landscape design. Thanks to the international and versatile team in combination with the leadership of Elma and Kristian, ZUS is able to transcend the boundaries between different disciplines.