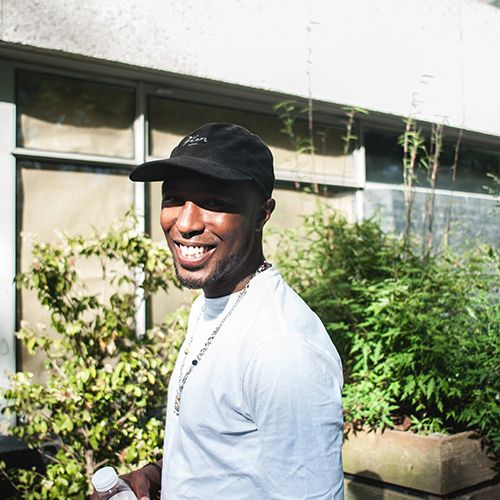 Elten Kiene is a salesman who deals in words and language. He is also one of the hardest working men in Dutch literature and spoken word. If he’s not performing himself, he will be active for organizations such as Woorden worden zinnen or Next Generation Speaks. Elten divides his time living and working between the cities of Rotterdam and Dordrecht.

Elten’s work can be defined by his interest and big heart for social awareness. This was already the case when he was part of hip hop group Brandwerk. Nowadays, Elten is also a teacher in a youth penitentiary. It is Elten’s firm belief that words and personal expression might be the most powerful weapons a person can possess.

Elten Kiene is part of the Friday evening programme.